Who says a stream with RxRelay doesn’t crash?

It all started with my encounter with a crashing stream …

I used Subject to receive LoadMore events from the view. Then, I flatMap() the LoadMore event to trigger the API call. In case there were any Network issues, inside onError(), I told the view to show Retry button. When the user clicked on Retry, it would fire another LoadMore event to my RxJava Subject.

However, I noticed that once I receive a No Internet error, nothing happened if I clicked the Retry button. This happens because the stream crashes after a terminal event like onComplete() or onError(). The terminal event will cause any future events we pass to this subject to be ignored as there will be no client to listen to the events.

“You shall not pass!”

After doing some research and asking some friends, I was pointed to a library called RxRelay which seemed to be solving a similar issue :

Relay: A Subject except without the ability to call onComplete or onError.

Subjects are useful to bridge the gap between non-Rx APIs. However, they are stateful in a damaging way: when they receive an onComplete or onError they no longer become usable for moving data. This is the observable contract and sometimes it is the desired behavior. Most times it is not.

Relays are simply Subjects without the aforementioned property. They allow you to bridge non-Rx APIs into Rx easily, and without the worry of accidentally triggering a terminal state.

After reading the above description, I was happy to have found an easy way out and switched all my PublishSubject instantly to PublishRelay.

This made me wonder about the difference between a Subject and a Relay, and the actual problem Relay solves. We will come back to this later, but let’s look at how to fix the Retry button issue first.

If you look at the source code of the Response<T> object from Retrofit or the Result<T> object from retrofit-rxjava-adapter or even Rxjava’s own wrapper object type called Notification<T>. You will notice that, Response,Result and Notification, they all have a similar structure: Each wrap the actual data along with error and pass the data through the stream as a single entity.

Rxjava provides a way to solve our problem by using the Notification wrapper, which combines the data and error into a single notification event. Let’s use Notification to wrap our data and internet error :

Solution using our own wrapper object :

It’s not really necessary to use these existing wrappers. In fact, we can easily also create our own wrapper object. Now, let’s create a wrapper object to wrap our stories and error into a StoryResult object :

Now let’s use StoryResult to fix our issue :

Fun-fact: If you are familiar with MVI architectural pattern, you can take advantage of a similar wrapper object to deliver result notifications by wrapping data and error together within a single construct. This enables a crash-free stream in case of expected errors.

In an app, there are two kinds of errors that can happen. Expected or recoverable errors like Internet, Server Error, etc. and Unexpected or irrecoverable errors. We usually plan for expected errors to happen and have a backup plan for fixing such errors. For example, in case of unreliable Internet, we can ask the user to try again. In these cases it doesn’t make sense to let our stream reach a terminal state. On the other hand, unexpected or irrecoverable errors are usually the ones which depict that our system is in an unstable state and recovering from this unstable stable is not possible. Only in such cases we should let our stream terminate and we will need to re-initialize our stream and start from scratch, like in the case of a NullPointerException.

After we have seen how we could solve our problem by using wrapper objects. One question still remains. What is all the talk about Relays being a better alternative? If my stream still crashed when I used a Relay earlier, then how exactly a Relay doesn’t let the stream terminate?

We will look into these questions now. But first, I will mention one thing:

“Relays do not help us if we get an error while consuming the events from it and mapping into something else i.e. downstream. In fact, a Relay would also let the stream crash just like a Subject in this case. On the other hand, Relays are beneficial because they do not accept any terminal event from the producer, i.e from the top.”

From the source code :

An Observer observes all events like onSubscribe, onNext, onError and onComplete.

Consumer consumes a single type of event at once like Consumer<Data>, Consumer<Throwable>.

Thus a Subject observes all the events like onSubscribe, onNext, onError and onComplete where as a Relay handles only one type of event, i.e. onNext().

We have multiple overloads of the Observable.subscribe() function. The two relevant ones here are :

In order to understand the benefit of using Relay let us take an example.

We create an Observable which emits four integers and then completes.

We then subscribe to this completingObservable into a Subject because a Subject is also an Observer.

Then, we can subscribe to the above subject. When we do this, we will notice, once the subject receives onComplete() event from the completingObservable, it will terminate. Any future events we try to put into this subject using subject.onNext(5) will simply get ignored. This is because completingObservable.subscribe(subject) uses the Observer overload of the subscribe function and thus all the events, including terminal events are forwarded to the subject.

Let’s now subscribe to our completingObservable into a Relay as a Relay is also a Consumer.

If we will subscribe to the above relay, we will notice that relay ignores the onComplete() event from the completingObservable. Relay will keep receiving any further events we send relay.accept(5). This is because completingObservable.subscribe(relay) uses the Consumer overload of subscribe function and thus only onNext event is forwarded to the relay.

Thus Relay is beneficial in this case as it doesn’t let our stream crash.

You can find the above examples of Subject vs Relays here on my rx playground repository.

These results and observations are according to the scenarios I have faced. If you feel there can be some improvements, please let me know!

Thank you for reading! 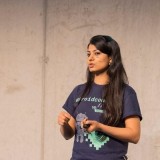 Garima Jain, also known as @ragdroid is a Senior Android Engineer at Fueled Noida, where she builds awesome Android apps. She is also an international speaker and an active technical blogger.