Once a contract is created on the Ethereum blockchain it cannot be modified.

Therein lies the rub … your old code is still out there running. 🤔

Soo.. why can’t you update the code?

You can’t update your code because each subsequent block on the blockchain contains the hash of the previous block(s) and changing this block to contain new code would mean we’d have to recalculate all the subsequent blocks in the blockchain and that’s not something that’s possible as this is exactly one of the things that the Ethereum blockchain prevents (changing history).

So … we can’t update our code. Good news though – we can remove it, and its data.

How to “selfdestruct” a contract

When the time comes to stop having your contract executing its code or if you simply want to shut it down, and get rid of it you can have a smart contract self-destruct with the selfdestruct operation1.

Here’s an example of what selfdestruct would look like in a Solidity smart contract function:

The selfdestruct operation above (which is an OPCODE at the EVM level) sends all of the current smart contract balance to a destination address – in this case to the owners address, which is stored in the owner variable.

At the same time, the contract’s data is cleared, freeing up space in the Ethereum blockchain and potentially lowering your gas price.

Important note: If you’re going self-destruct a contract AND you still need the data for whatever reason, you will need to query the data from the contract and store it somewhere (offline, into another contract, etc).

Why is the gas price lower?

Self-destructing a smart contract is cheaper than simply performing a similar operation such as address.send(this.balance). It has been reported that this OPCODE uses negative gas because the operation frees up space on the blockchain by clearing the contracts data. This negative gas can offset the total gas cost. Example, if you’re cleaning up a bunch of data first and then performing the selfdestruct operation, your gas cost can be negative. (source)

⚠️ If you send a transaction or funds to a self-destructed contract you will lose your funds.

If you’ve developed a DApp that has the smart contract address stored in the DApp, you will need to make sure that you change or remove that address any time you self-destruct a contract so that you do not accidentally send a transaction or funds to it.

Whilst the Ethereum blockchain is immutable by default, there are ways to deploy new code or kill off old smart contracts. If you want to stop the execution of the smart contract, simply call the selfdestruct operation in your contract (make sure its secured behind a secure modifier).

Looking to get started in Ethereum development? Watch our course on building an Ethereum DApp.

A big thank you goes out to Will Button and Ravindra Kumar for reviewing this article. 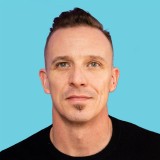 Donn Felker is the founder of Caster.IO. He's is a best selling author in mobile development and he also co-hosts the Fragmented Podcast - a Podcast for Android Developers. Most recently he's been diving deep into blockchain with a focus on Ethereum and Solidity. Follow him on Twitter, Instagram or visit his site.